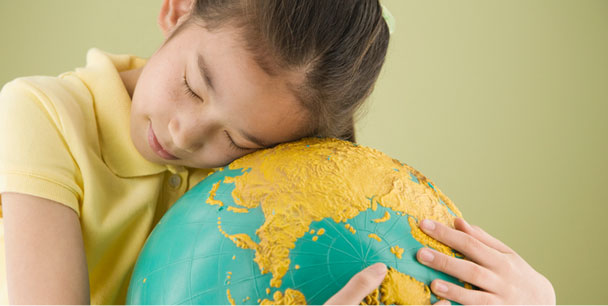 The   Surya is  considered to  be   the representative of  ancestors amongst the Navgrahas. Hence, if  Surya is  placed in  unfavorable place in  any horoscope then this is  called as Pitrudosha.  In addition to  this, the ninth place in  the Kundali is  related to  our ancestors.  Hence, if  the lord of  the ninth  place is associated  with the  unfavorable grahas  or   planets.  Most of  the  times the pitrudosha is  associated  with the  position of  Surya, Chandra, Rahu, Ketu, Shani in the ninth place of the horoscope.

After the death of his father memorial service to children and their living conditions are in the doghouse in the rebirth of the sun Pitridosh (Pitra dosha) sounds. Snake murder or killing innocent Halpitri it seems defect defect is considered to be inauspicious effects. Lets see what the fault conditions and treatment.

Pitra Dosha horoscope: (Pitra Dosha in the Kundali)
Sun is considered the father. Rahu is the shadow planet (Rahu is a shadow planet). When conjunction with the Sun (combination of Rahu and Sun) is so similar to the sun when the sun eclipsed Sun Moon and Rahu conjunction in tandem to make any sense (conjunction of Rahu, Sun and Moon) then feel Pitra Dosha is. When the person in relation to blame parent child has to suffer. The flaw in the marriage barrier, job and business interruption and important tasks frequently fail.

Jupiter Guru lowly (combusted Jupiter) and the influence of the planets or the sacral sense sinner (trine house) visible or conjunction of Jupiter makes Swamio manes when people are suffering. Conjunction of Jupiter and Venus have made sense, and the ninth in the tenth house Saturn and Ketu have the effect of lunar blame the parent state is created. If Venus is afflicted by Rahu or Saturn and Tue should indicate the parent fault. Sun and Saturn in the fifth to eighth in price and is Pancmesh conjunction with Rahu and Ascendant lord blame the sinner must understand the effects of the planets.

Fifth or ninth sense of humor Leo V sinful planet or planets and the sun even sinful Yut or visible defects, then the parent is suffering. In the second sense coil, the ninth sense, XII sense and Bhavesh Bhavesh or sets the sinner has the effect of planets or is weak and then blame it makes them have the effect of Ketu. Sacral sense of the tenth house owner whose horoscope (trikha house) is located along the planets and Jupiter is sinful and sin on the ascendant and V sense parent blame them because of the effect of the planets is to suffer.

Pitra Dosha Remedies (Remedies of Pitra Dosha)
Horoscope whose parent is to blame for it to benefit from the peace and healing. Regular parent should work for mitigation parent blame if it should not be possible memorial service at the Father's side. Crows and dogs should eat regularly. People should have the water. Brahmins should be eating. Should bossy service and warehouse. Is beneficial to worship Lord Vishnu.

This can be  confirmed by  analyzing birth horoscope and Prashnakundali. This dosha is  associated with the Lagnadhipati or  Ashtamadhipati or  association Guru and Shukra due to which Maha pitrudosha  arises. This arises due to  the bad deeds performed in  the previous births and person suffers difficulties due to  P`aarbQa kma- .  In spite  of  performing  all  the activities for  removal  of dosha and getting peace, the person continues to be  in  difficulties. For  removal of such obstacles we may be  contacted.

The Importance of performing Pitrupaksha in Gaya Kshetra

The  waning half  of Ashwin month (Krushna Paksha) is  called as pitrupaksha. At this point of time the Surya enter Kanya Rashi and when this happens, he  is closest  to  the  earth.   Hence,  the  shraaddha   performed during  this  time immediately benefits our  forefathers. During this  fortnight our  ancestors descend to  Earth and partake of the food  & water given by  their descendants, by  occupying the  bodies of  deserving Brahmins  in   a  atomic size. They   are pleased and depart to their abodes after bestowing boons.